Walmart is one of the quintessential awful places in America. It is the evil big-box retailer that put everyone out of business, offering cheap crap for cheap. Since you can barely find an associate to help you when you need it, I decided that I would make my first venture into the true North Shore of Massachusetts here at the Walmart on the Lynn-way. 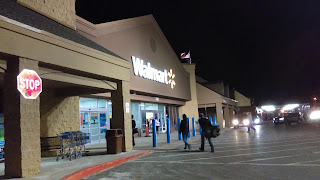 This is kind of a two-fold post, I get to review a bathroom in Lynn, and I get to review a Walmart bathroom. To be honest I really didn’t have high hopes going into it, but as you will see, it is surprisingly nice. I will say as a side note that there are no bike racks anywhere outside of this Walmart. So after struggling to find a place to secure my bike, I wandered into the retail super-store to begin my adventure.

Upon first walking into the store you are greeted with a giant sign that says “bathrooms”. The lavatories are literally located on your left after the photo booth, down the hall from the self-service Tax machines. Why on earth do they have self-service tax machines is beyond me, but I guess that is a different post for a different blog.

So I opened the door and actually stood there in amazement at what I saw. The bathroom was really gorgeous! There were a three bay sink that had this “S” like curve to it. Very swanky looking colors as well. It was a brown tones with kind of an upscale rustic feel to it.  There are all sorts of things in this bathroom which caught my eye, there was a baby changing station, multiple ways to dry your hands, and then a mystery box that said “$1.00” on it. We will dive deep into the contents of the mystery box later on. 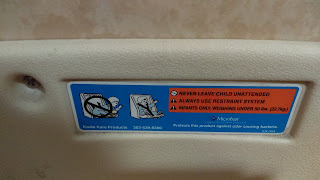 So I am impressed thus far with this shitter. There were three urinals, and two stall to use, one of which was handicapped. I made my way over into the handicap stall and I was surprised to see that there was another one of those baby car seat things in the wall. I wish I had a junior of my own to strap in a watch daddy’s anus explode in an animal-like fury onto the calm waters of this toilet, but I don’t so I will just have to sit here and think about things like that giggling to myself.

Now let’s get down to some brown business shall we? One thing I will say about this stall is that there really are no coat hooks for me to hang my jacket and bag up on. I ended up going freestyle and opening up the toddler car seat thing and used that, but really that isn’t an excuse for not having one. So I went on to do the dirty brown jug dance, and sat there in blissful meditation. Not one single person went in there. It was around seven o’clock on a Friday night too, so I know it isn’t exactly “peak” hours, but I can imagine families and working class people getting stuff done around that time.

The handicap stall was very spacious. I will say that there probably could have been one more shitter, but two will have to do, I reckon. So now I decided to give my full, undivided attention to the toilet paper and the qualities and properties pertaining to it. Upon first feel, it was two ply, and it was a cheaper quality. I figured as much, with this being Walmart and all, but when it kissed the beast incarnate known as my anus, it was surprisingly solid! It didn’t feel rough on the bum, it actually felt kind of soft! I don’t know what kind of bizarre world I entered, but I like it. 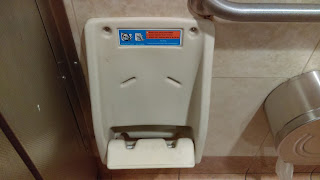 OK so the toilet was of the automatic flush variety, and inside of the stall there was a plunger, and a toilet brush. In case you felt like cleaning the toilet after an awful crap. But to this date I haven’t ever used a toilet brush which wasn’t my own, and nor do I intend to. The plunger use is debatable though, if I was at a friends’ house, I wouldn’t want poo water leaking all over the place. But at a Walmart? I could give two shits less. But it was not on this day that I needed to use it, so that is a positive for the establishment.

The S shaped sinks were automatic but the soap dispensers were manual. They offered two varieties to dry your hands, air dry, and paper towels. I would have opted for the paper towels, but there were none in stock at all. Walmart made my hand drying decision for me.

Now onto the mystery box which said “$1.00” on it. There is a coin slot and a little circular pull tab. It kind of reminded me of the old cigarette machines, if you can picture that style of handle you know exactly what I am talking about. Now I placed four quarters inside the box, and I pulled the tab anxious to see what would drop into the slot below. Would it be a condom, pills, or body spray? My eyes glasses over as I pulled the tab, only to find that nothing dropped out of it. Why the fuck would you put something like that in there, and not stock the fucking thing? Well instead of going to find a manager and blow my cover, I thought that it was best to just let the mystery lay dormant until I got home. 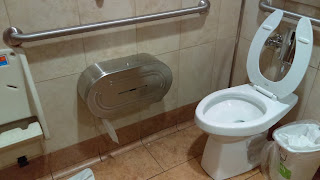 On the following Monday night, my curiosity got the best of me, and I decided to call and figure out this mystery once and for all. Not only that, but I wouldn’t be doing my due diligence to you readers if I didn’t at least attempt to follow up. Now I have never had to inquire with a business before, so I debated with myself if I should just come out right, and say I am The Secret Shitter to the manager on the phone. I already have my pictures, and I have formed my opinion about the bathroom, so there is literally nothing they can do to stop me. I decided against using my fame to my advantage, but I had to come up with an alias, so I decided on the name; Rusty Shackleford. Here is the transcript from my conversation with Walmart of the Lynn-way, keep in mind a woman answered the phone:

Walmart (WM): Thank Yous for calling your neighborhood Walmart, how can I help you?

The Secret Shitter (TSS): Hi I had a question regarding your men’s room.

WM: OK sir, what can I help you with?

TSS: Well first I have to say that the bathroom is magnificent, but I lost a dollar putting it into your
mystery box in there.

TSS: Well I really do not care about the dollar, but I was wondering something, because my curiosity is getting the better of me. What exactly is supposed to be in there?

TSS: OK so is there something like that inside of the woman’s room? 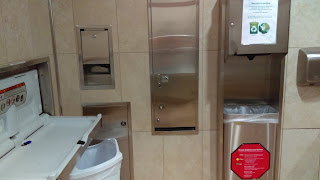 TSS: What is dispensed in that contraption?

TSS: I take it they are not dispensing tampons in the men’s room right? I mean it would have been fine if a tampon came out, it is my own stupid fault for putting a dollar into an unmarked thing, I guess I could have given it away to someone.

WM: (Howling Laughing) Yes sir I guess you could have. However, I don’t think that we are dispensing tampons in the men’s room.

TSS: So you have zero idea as to what could be dispensed?

After coming back from the hold.

I was not satisfied with the above answer. I don’t think it would do you guys justice to if I just left it at that. I called back again the following Friday night, this time I taped the conversation. This is the conversation that I had with Gabriel, a Walmart associate:


So there you have it. It is still a fucking mystery as to what could be dispensed in the mystery dollar box inside of Walmart’s men’s bathroom. One day we all might find out, but it is not on this day. Instead of focusing on what we don’t know, let us bring our attention to what we do know. I guess it is time for The Secret Shitter’s Review. Remember that each category is based on a five-star system, so let’s begin. 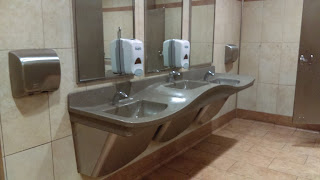 Wow I was not expecting the Walmart in Lynn to have a 3.5-Star rating upon first deciding to go in there. I thought that it would be a dump for sure, and you guys would get a howl out of seeing me go into another awful bathroom. But that shocked even me that it was this nice! It has everything that you want. It is located right after the main entrance, so you don’t have to wade through people, and the store itself. It is shockingly clean besides the little bit of toilet paper, and paper toilets on the ground. There was an adequate amount of toilets to handle the heavy rushes, and the stalls were quite roomy. However, this bathroom would have easily been a point higher, had the paper towels been stocked. Also I can live without the advertising on the mystery dollar box, but I cannot forgive an employee not stocking that as well. I mean does Walmart not sell cheap enough condoms, or Tylenol? Why the fuck would you put something for sale in the bathroom and not stock it? Better yet, had I been broke and spent my last dollar trying to get lucky, and got clowned out of my money, I would have been fucking pissed. Not only would I not get to destroy any poo-nany-nany, but I would have been out my final dollar as well. All I have to say is FUCK YOU WALMART. Stock your fucking cheap-ass condom machine. Until then your bathroom will dwell in the average category. Even though the décor was fucking amazing, you will lie in purgatory until I find out what is in that machine. 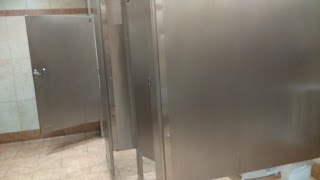 (Editor Notes): I can deal with them not knowing what was in the fucking mystery box, but to be a blatant douche canoe, is unacceptable. I was legit trying to figure out what was in the mystery box, not trying to make your life harder asshole. You could have lied to me and said that there were condoms in there, and the conversation would have ended there. But no, you had to tell me there was a fucking Xbox in the dollar machine, or better yet, a coupon for a free Xbox. I know that “The Secret Shitter” sounds fake as fuck, but come on man, at least be a little professional. I wasn’t swearing, nor was I trying to make your life more difficult.

Like what you read? Well then tell someone about it. Reblog it, tumblr it, facebook it, or tweet it. Tell people about us, and we will keep on coming out with the good stuff. Until next time, Peace.
Written By The secret shitter
Email ThisBlogThis!Share to TwitterShare to FacebookShare to Pinterest